Exercise [Your Right to Vote]

The best kind of exercise is exercising your right to vote!

It turns out that all skills grow stronger with deliberate practice. When we exercise our abilities we reenforce and expand the realm of what’s possible for us– and that’s why voting is so important.

Voting is a chance to practice standing up for what you care about and exercising your autonomy. In the same way that exercising can improve your sense of self-efficacy while also making you stronger, civic engagement can lead to a greater sense of wellbeing and decrease the feelings of powerlessness in face of bureaucracy… and even make our democracy stronger. 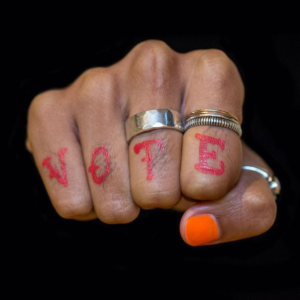 Voting is so important to us here at Bold & Badass that we’ll even reward you for doing it! From now until the end of November, you can save $20 off your first month of membership when you show an “I voted” sticker (real or virtual) or any other proof that you voted.

What are you waiting for? Go do it now!

IF VOTING DIDN’T MATTER, THEY WOULDN’T BE TRYING TO TAKE AWAY YOUR RIGHT TO DO IT. 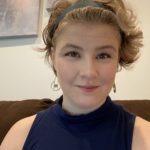